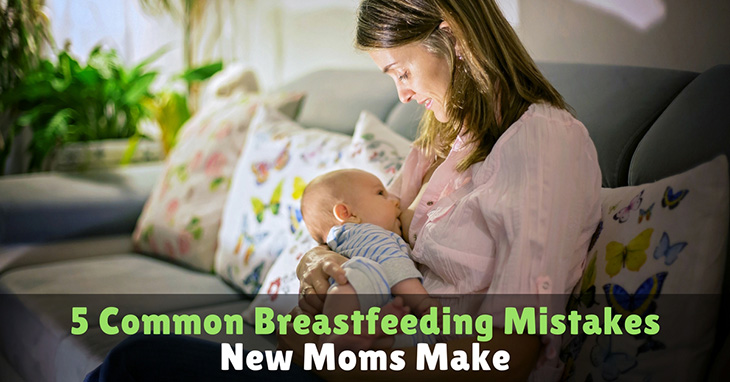 Breastfeeding is a very intimate bonding for both the newborn and the mother. It is also the most natural art for moms and babies. However, it is not easy for every mother hence proper breastfeeding techniques and skills should be taught to new moms to help them take good care of their newborns.

According to UNICEF, mortality among non- breastfed infants are at an increasing rate of 25 %. This proofs that non-breastfed children are at a high risk of dying despite the condition and lifestyle in the current world. Breastfeeding has great health benefits among infants and plays a significant role in early child development.

5 Common Breastfeeding Mistakes New Moms Make
1. Breastfeeding On A Schedule
2. Giving A Bottle Or Pacifier Too Early
3. Consider A Supplementation Formula
4. Separating From The Baby After Birth
5. Failing To Seek Knowledge Support

1. Breastfeeding On A Schedule

Breastfeeding the baby on a schedule is a common mistake breastfeeding mothers make, trying to keep your newborn on a schedule can cause a drop in milk supply and lower the milk’s fat content which can result in poor weight gain.

In the first few weeks, the baby needs to breastfeed 10-12 times per day since human milk is quick and easy to digest.it is advisable that a mother should watch for signs that her newborn is hungry, crying, sucking on fingers and rooting reflex are cues that the baby is hungry.

2. Giving A Bottle Or Pacifier Too Early

Another common mistake mothers do is giving a bottle or pacifier too early to a baby. When a baby drinks from a bottle, introducing a pacifier in early weeks can cause problems.

It can make the child develop a bad habit or become dependent on security objects. A pacifier is merely an imitation of the nipple hence should be used in moderation and not as a substitution for the real nipple.

At times a mom may believe that her milk supply is low and consider a supplementation formula. Without proper lactation consultation, an introduction of supplements comes with some health risks for both the baby and the mother.

4. Separating From The Baby After Birth

Separating from the baby after birth is another mistake. It denies the mother an opportunity to learn her baby’s hunger cues early enough. Especially for the first hours of birth, it is critical for the mother to spend time with her baby. Skin to skin contact, cuddling and nursing the baby improves the success of breastfeeding.it is vital to have the newborn placed in the same room with the mother rather than putting the baby in a nursery and let the nurse look after the baby.

Despite the support nurse offer, it is advisable that the mother spends time with her child so they can have time to bond so as the mother can learn the baby’s cues. Other procedures that are non-medical and not critical as weighing and such can be done later.

Failing to seek knowledge support is equally a mistake. Lack of breastfeeding support is a major reason why many mothers fail to breastfeed correctly. Despite the fact that breastfeeding is natural, there are certain issues that come up. The term “natural “makes many moms believe that they have to work out breastfeeding issues on their own and they are often afraid to reach out to lactating consultants to seek help and advice.

Breastfeeding can be tough at times hence it is imperative to have knowledgeable people around who can come in handy in an instance when advice or support is needed. Lack of information and myths on breastfeeding perpetuated by people around the mothers makes it easy to make mistakes when it comes to breastfeeding. Recognizing common issues that may arise while breastfeeding always helps a great deal and is essential for breastfeeding mothers

Breastfeeding Benefits For Mom And Baby

Signs Baby Is Not Getting Enough Breastmilk

Which Closure On A Cloth Diaper Is The Best?

My name is Crystal Waston. I am a mother of three wonderful children. I started MakeYourBabyLaugh! to help parents who are struggling to raise their children. I hope that my experiences in child-rearing can inspire and help parents overcome their parenting struggles. 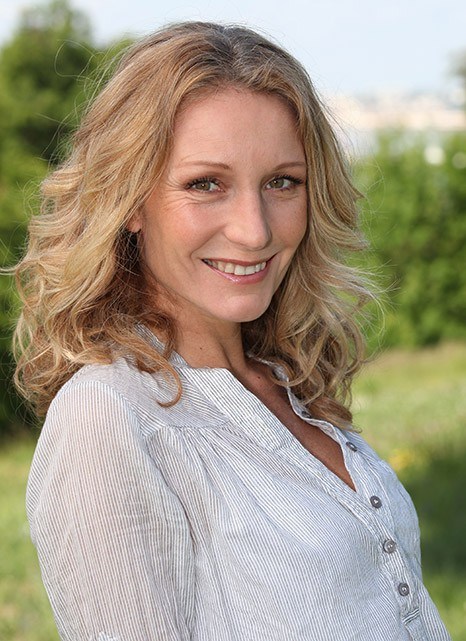 Best Foods To Increase Breast Milk
Breastfeeding Benefits For Mom And Baby
Signs Baby Is Not Getting Enough Breastmilk
Best Baby Clothes – Best Onesies For Sensitive Skin And Eczema in 2019
Which Closure On A Cloth Diaper Is The Best?
Essential Tips For Safe Sleeping For Your Baby
How Good Night Sleep Impacts Children’s Physical And Emotional Development
Help Your Kid Develop Healthy Sleep Habits
A Guide To Proper Breastfeeding Technique
Baltic Amber Teething Necklaces: A Tool For Breastfeeding Mothers